The earliest commercial organization in Monticello is believed to have been a "Commercial Club" formed about 1923 with approximately 60 members.

Early in 1951, a group of 152 enthusiastic boosters of Monticello formed the Greater Monticello, also known as the 'GMC'.

Credit for organizing the 'GMC' is given to the united efforts of the Monticello Rotarians and Lions. These men were Rotarians, Fred Stuhler, Ross Baty, Arch Edwards, and Roy Miller and Lions, E.H. DeShaw, Bernard Kuriger, Sam Schuetz, Ed Cox, and Chauncey Robinson. 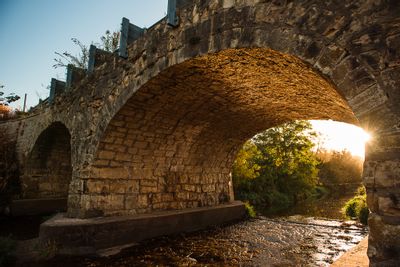 Late in 1976, a new organization, known as the Monticello Area Chamber of Commerce was formed to represent all professional, industry, and retail businesses in Monticello. In 1979, the name was again changed to Monticello Chamber of Commerce; at this time the first permanent office was established, located at 202 South Main. It was staffed with part-time secretary Veryl Leach. President at this time was Doug Schoon.

Over the year, the Chamber of Commerce has been responsible for many community betterment projects: organizing the Monticello Development Corporation, and coordinating all Retail Promotions; the Chamber also assists in location and attracting new business and industry for Monticello. From its early start in 1923, as a "Commercial Club" to 1986, as the Monticello Chamber of Commerce, the organizations have all had one goal -- "promote the health, welfare, and development of Monticello."